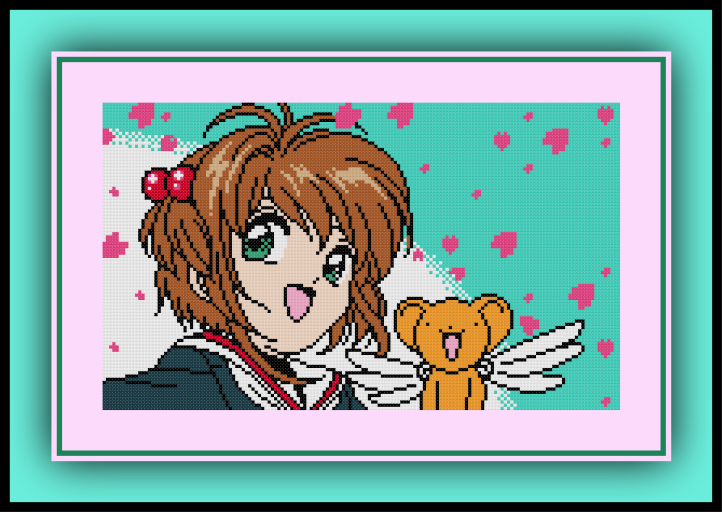 Cross stitch pattern of Sakura and Kero from Cardcaptor Sakura. I remember it as Cardcaptors from the dub. Read my rant about the extremely disappointing anime AICO Incarnation below the break. Thanks to Arthur Ch for the sprite. Download the PDF here: Sakura and Kero Pattern

Help support the site by donating to my Patreon. 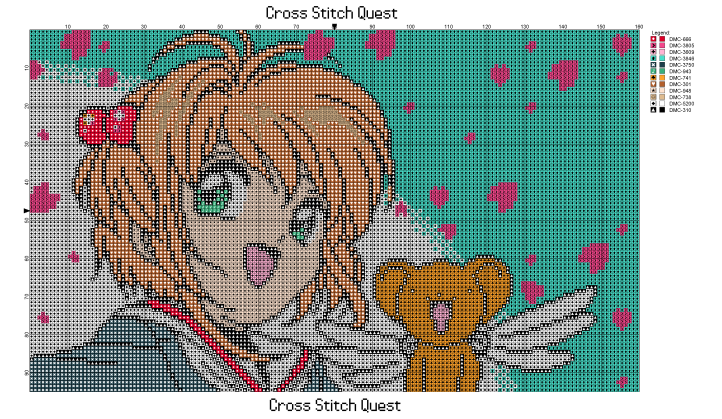 I watched the first six or so episodes of  AICO Incarnation a few days ago, and I have mixed feelings about it. I see that the foundation is there for something really special, but the execution leaves a lot to be desired. AICO is an anime about a city threatened by an end of Akira wall of flesh type monster called Matter brought about by science gone wrong. The Matter is being held back by a series of gates a la Attack on Titan, but only one gate is left. We find out early on that our protagonist Aiko underwent a cool sci-fi brain swap experiment a la Ghost in the Shell that resulted in the creation of Matter and now she has to save her family who may or may not be alive.

It’s a neat premise that lends itself well to some gritty psycological horror. Aiko is the direct cause of Matter, so you would expect that to haunt her… no not really. You see, this anime isn’t that concerned with the emotional reactions of its characters. In fact, it’s not really sure what it wants to be. There are tons of scenes with scientists and politicians that set up for the show to have a heavy political intrigue plot, but the rest of the scenes are filled with teenagers in mechs shooting cool weapons and wearing Power Ranger suits with roller blades. AICO really wants to push a future team power fantasy in a setting that doesn’t match at all. And this doesn’t seem intentional. This isn’t Madoka Magica where an innocent girl slowly comes to grips with the horror of the reality she’s chosen to live in. We get one scene of Aiko crying because she’s scared and then she gets over it. Yeah, that’s enough.

It’s not like there aren’t opportunities for emotional depth. There’s a scene where our crack team of teenagers comes up against Matter and it decides to mold its flesh into human forms. They don’t look very convincing and this moment is only meant to show that the Matter is learning and evolving as well as growing. The problem I have is that Aiko has almost no reaction to this. Her family was captured by Matter. She doesn’t know if they’re alive or dead or even what state they will be in when she finds them. This would have been a great opportunity for her to mistake the forms for her family. She could scream incoherently at her teammates not to shoot because they could be her brother and mother. This could have become a thing that haunts her, that she constantly sees her family in the Matter, but no.

Aiko always seems unfazed by her dark past. Beyond her initial reaction, (which to be fair is pretty awesome) we don’t see her grapple with the fact that her body isn’t real. I would have liked to have seen moments where she continues to cut herself or break her own fingers in the vain hope that the black ink wouldn’t return to repair it. Maybe she could have changed her hairstyle to cover the eye that has her body’s serial number on it. This is the one and only instance where an emo haircut would have actually made sense! I just wanted anything to show that what’s happened to her has had a lasting impact, but no, that’s not how AICO does things.

At one point, a character gets his arm torn off. This could have been a dark turning point in his character arc (if he had one), but it’s treated like a slight nuisance. The prologue already spoiled the plot point by explaining that his arm is prosthetic, so we knew ahead of time that he would lose his arm at some point. It’s no surprise, but there was still an opportunity for character development if, for instance, what if he couldn’t receive a prosthesis quickly and had to learn to fight with only one arm for a while? Or maybe he got a new arm but it was painful or hard to use so he would have to rely on others until he got used to it. There are so many compelling things that could have come out of this and we got nothing. The bland male lead literally 3D printed him a new arm and he’s good as new. And, Yuya is his own problem. He has skills but no personality. It would have been easy to make prosthetics his hobby. There’s a whole episode set in a place that has arms and legs just hanging off the walls. He could have made some comments about them or shown some interest in the materials used to make them, and then that would have tied back into him being the one to fix up the Swedish dude. There are just so many missed opportunities everywhere.

I have a hard time recommending AICO Incarnation. Those people who like the sci-fi setting and grey morality technology will be disappointed by the band of insipid teenagers and the people who like the kids shooting cool guns will be put to sleep by the scientists spouting dry exposition in board rooms. People might compare it to Ghost in the Shell, but AICO falls short.

I haven’t watched all of AICO, but allow me a pipe dream for how it ends. I would love for Aiko’s duplicate brain to be the one controlling Matter, that the Matter is Aiko’s real body irreparably damaged. Her family is actually dead, but Matter Aiko keeps them and convinces herself that they are alive. She’s so intent on killing the protagonist Aiko because she thinks she will take away her family. When the two finally meet, they have to comfort each other through the reality that the two bodies Matter Aiko has been keeping are actually dead and that the only family they have left is each other. 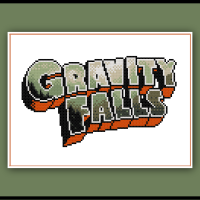 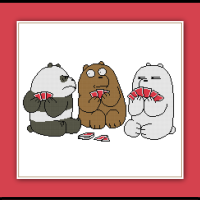 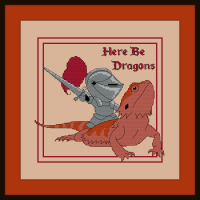 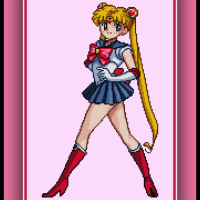 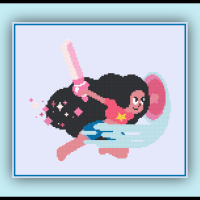 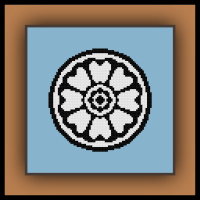 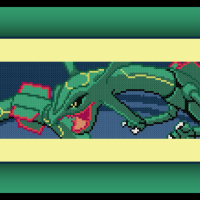 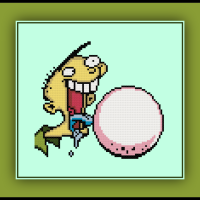 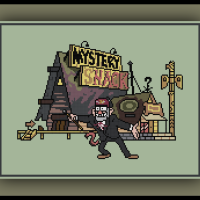 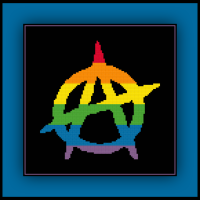