Cross stitch pattern of Shellder and Cloyster roughly based on their Pokemon Shirts design. Download the PDF here: Cloyster and Shellder Pattern

My Patron, Samantha Styers, is a stealthy mercenary who’s been hired by a super villain to infiltrate a mega corpotation and steal secrets. Even though Samantha has super powers, they know that the easiest way to get in is by sending phishing emails. Didn’t even have to put on the costume!

When I was a kid, I remember playing Yellow and I wanted a Slowbro. After having watched the anime episode where a Shellder bites the tail of a Slowpoke, I just assumed that I needed a Shellder for my Slowpoke to evolve. I spent so much time with a Shellder in my party wondering what I had to do to get it to bite the tail, until I finally looked it up and it’s just a straight level up evolution, no Shellder required!

I wish there was a diegetic way of finding out how a pokemon evolves. Heck I’d even take an NPC who can tell you, “Look at that Slowpoke. It will evolve at level 37!” It’s happened to me before where I’ve just forgotten how a pokemon evolves even if I’ve caught the evolution. I think it would help if evolution method was part of the pokedex. 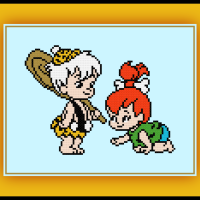