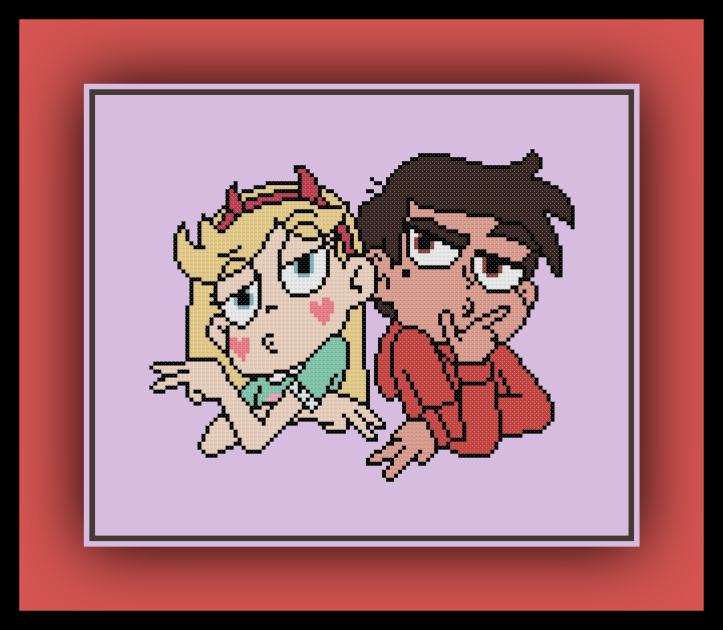 Cross stitch pattern of Star Butterfly and Marco Diaz from Star Vs The Forces of Evil. The image comes from some promotional artwork for season 2. Check out my review of Mr. Candle Cares below. You can download the PDF and PNG by donating to my Patreon! There aren’t many bad episodes of Star Vs, so I’m going to review one of my favorites: Mr. Candle Cares.

The episode starts with Career Day. For me, none of my guidance counselors ever gave me any actual guidance, but I digress. Star has misinterpreted the event as always and thinks she’s going to get her fortune told. Turns out Mr. Candle knows about her being princess and tells her that her future is set in stone. She will become queen one day and there’s nothing she can do about it. This is such a crushing blow that she doesn’t even question how some random human knows about Mewni. She gives a definitive answer to shippers that she and Marco are just friends, but that never stopped shippers before.

Marco’s new job title will be Head Janitor of Garbage Island.  Hear me out though. Echo Creek is supposed to be in Los Angeles. I don’t know what he’s crying about. LA is actually a great place to have a job in landfill operations. A waste management manager is a six figure salary in California, friend!

Seems like Marco was right to be angry since Mr. Candle is actually working for Star’s ex-boyfriend, and rejected Homestuck troll, Tom. Marco confronts him in a scene where he lies about kissing Star that in any other show would drag on uncomfortably, but here it’s short enough to still be funny.

Meanwhile, Star calls her mom, and the first thing out of this woman’s mouth is “what did you do?” which is a credit to her motherly talents. She tells Star not to worry so much about happiness, which is actually good advice and ends up sort of being the moral of the episode. It’s nice to see Star’s parents giving out wisdom since they aren’t normally shown to be that competent, or sane for that matter.

So, Tom has kidnapped Marco and challenges him to a battle to the death. I love how casual this whole exchange is. They’re in a torture chamber with lava coming out of the walls and they’re just standing there bickering about girls. Hey, wait a sec, there’s a bed in this room. This show just got a lot kinkier than I expected. So The two agree to a game of ping-pong where if Marco loses he dies and if Tom loses he has to tell Star the truth. There’s a very human quality to the match that ensues. Tom isn’t going all out and he’s still crushing Marco, but Marco knows that Tom doesn’t actually want to kill him. The sound effects really sell the mundanity of the game in contrast to the otherworldly setting and high stakes.

Then Marco delivers this perfect line. “It doesn’t matter if you beat me at ping-pong or pull out all my organs. You can’t make Star be your girlfriend unless she wants to”. He’s so calm about it too, and it just highlights exactly what I love about Marco. He’s human and normal, but that isn’t treated as a weakness here. His talents don’t lie in slaying monsters or casting powerful spells, but you can always count on him to help you through your internal conflict, and that’s what being human is all about.

In the end, even though Marco wasn’t even close to winning the game of ping-pong, Tom takes him home and confesses to Star that he used Mr. Candle to try to get back together with her, but since he’s still Tom, he uses the apology as a way of jabbing at Marco’s weak ping-pong skills. Star punches him for lying, which is so satisfying, but it doesn’t matter because she’s still going to be queen someday. Marco tells her not to worry about it, because even if she’s queen, she’ll rule in her own way.

I love episodes that take a step back to focus on world building and characters’ emotional journeys. And it’s not like Star is worried about a test or a party. She’s scared about her own future, something unique to her. You can’t just swap out the characters for different ones and have it still make sense and that’s what makes this episode exceptional. Each character plays to their own strengths and weaknesses and I love it! And the best part is that Star Vs The Forces of Evil is full of episodes like this! Go check them out if you’re on the fence. 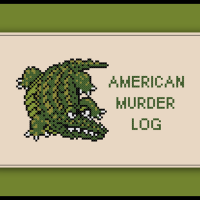