Cross stitch pattern of Princess Rosalina from Super Mario Galaxy. This pattern is Patreon only so if you want the PDF and PNG files then subscribe to my Patreon.

I never understood people who buy a ticket to a convention just to play DnD until now. I recently attended a con with my brother and my sister who had never played before. It was so nice to be able to spend a few hours on the first day with someone who really knew the game helping us all make our own characters. Then on the second and third days, we all got to play modules with a bunch of other players that we would never had met otherwise. We had two DMs who were both great and one even dressed a Xena.

I got to play through the module that sparked The Adventure Zone, and even though I knew that we should follow the secret path back to the goblin cave, the DM never made it sound like Gundren Rockseeker was there or that we wouldn’t get paid if we just continued on to Fandolin. So we ignored the dead horses and turned in the goods in town. We never saw Gundren again. It sounds really short, but we had so much fun playing our characters that it took two hours and felt like a complete experience.

I made a warlock gnome who used cantrips and fake holy symbols to con people into joining her hokey volcano religion, my sister made a wood elf ranger with a vindictive grudge against all oozes after they killed his whole tribe, and my brother had a gold dragonborn barbarian nudist intent on exposing the tyranny of the garment industry.

We had a good time. 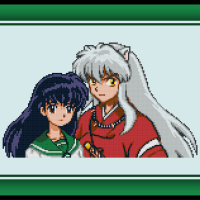