Miggyduke isn’t a Patron, but they’re still really cool. They are known for their skills at airship customization. If your boat is a canvas then Miggyduke is a renaissance master. You wonder how those adveturers got their airship to look like a whale? That was Miggyduke!

He’s so tiny! Perfect for a last minute ornament gift. He’s mostly white so I suggest you stitch this on blue Aida.

So I watched the new Olaf promo shorts and for the most part they’re pretty lame. Here’s my rundown in no particular order.

Pink Lemonade is adorable. Olaf becoming a snow cone is a neat use of his character and I’m sure wasn’t just a ploy to sell color changing Olaf figurines.

Adventure sucks. It has a bunch of build up for no pay off. The physical comedy of Olaf being unfazed by losing his body is pretty played out by now and the thing he was talking about ended up being something that kids won’t relate to.

Candy is kind of interesting because it sort of implies that Olaf’s body has a different personality than his head. I’d like to see how this plays out. The joke is still that Olaf doesn’t care about his body though.

Swing is more body humor but not as dull as Adventure. It’s kind of cute and has a good flow to it.

Sunrise has a lot of build up for even less pay off than Adventure.

Music Time is pretty adorable. I like how Olaf’s different body parts actually do something and it’s revealed that Olaf is actually good at playing instruments and multitasking. I’d like to see a longer version of this where he plays a whole song.

Gymnastics is really similar to Swing but I personally think the ending of him going splat is cuter.

Hide and Seek is… weird? I guess it’s okay, but it’s perfectly skippable.

Brush is another odd one. I like the idea of Olaf brushing his one tooth, but the sound effects are a little off. You hear the sound of a snowgie but they never animated one onscreen and when Olaf takes his tooth out to brush it, they play a sound for brushing a tooth inside a mouth so it sounds hollow.

Pumpkin is okay and brings more proof that Olaf’s body has a mind of its own.

Birthday reminds me of a cat video and has no punch line. A lot of these shorts aren’t really funny. They’re just snippets of Olaf’s life, snippets that don’t give any more lore or insight into the characters.

Sleep, Olaf can sleep. I guess that’s something. He’s a magical creature. I just assumed he didn’t sleep. Watching Olaf sleep isn’t that engaging though.

Leaves is actually a little interesting and makes Sunrise less pointless. Don’t get me wrong, it’s not funny, but you do get to see a little bit of Olaf’s relationship with nature and his commitment to inanimate objects. I think the joke is that he’s talking to a tree, but this is Frozen, I’d be surprised if there weren’t a few sentient trees around.

Fishin’ is a good one. Catch and release is a real thing and it makes sense that Olaf wouldn’t understand how scary it is for the fish. Or at least, I think that’s the joke. If the joke is that he let the fish go and kept on fishing then that’s not a joke. That’s just how fishing works.

Fun with Snow was surprising to me because it shows that Olaf knows that his relationship with his body is unusual and that other people may not feel the same way. That’s some emotional maturity there!

I’m sure there’s more, but these were the one’s I could find. They’re mostly just filler so that kids can watch their favorite character do something, but that’s about it. There aren’t any hidden bits of lore or answers to any plot holes, just Olaf doing stuff. Fishin’ and Lemonade are the best in my opinion so watch those two and you’ll get an idea of what the whole collection is like. 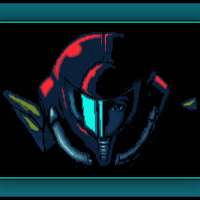 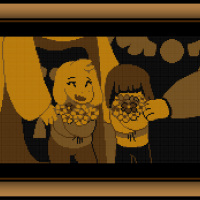