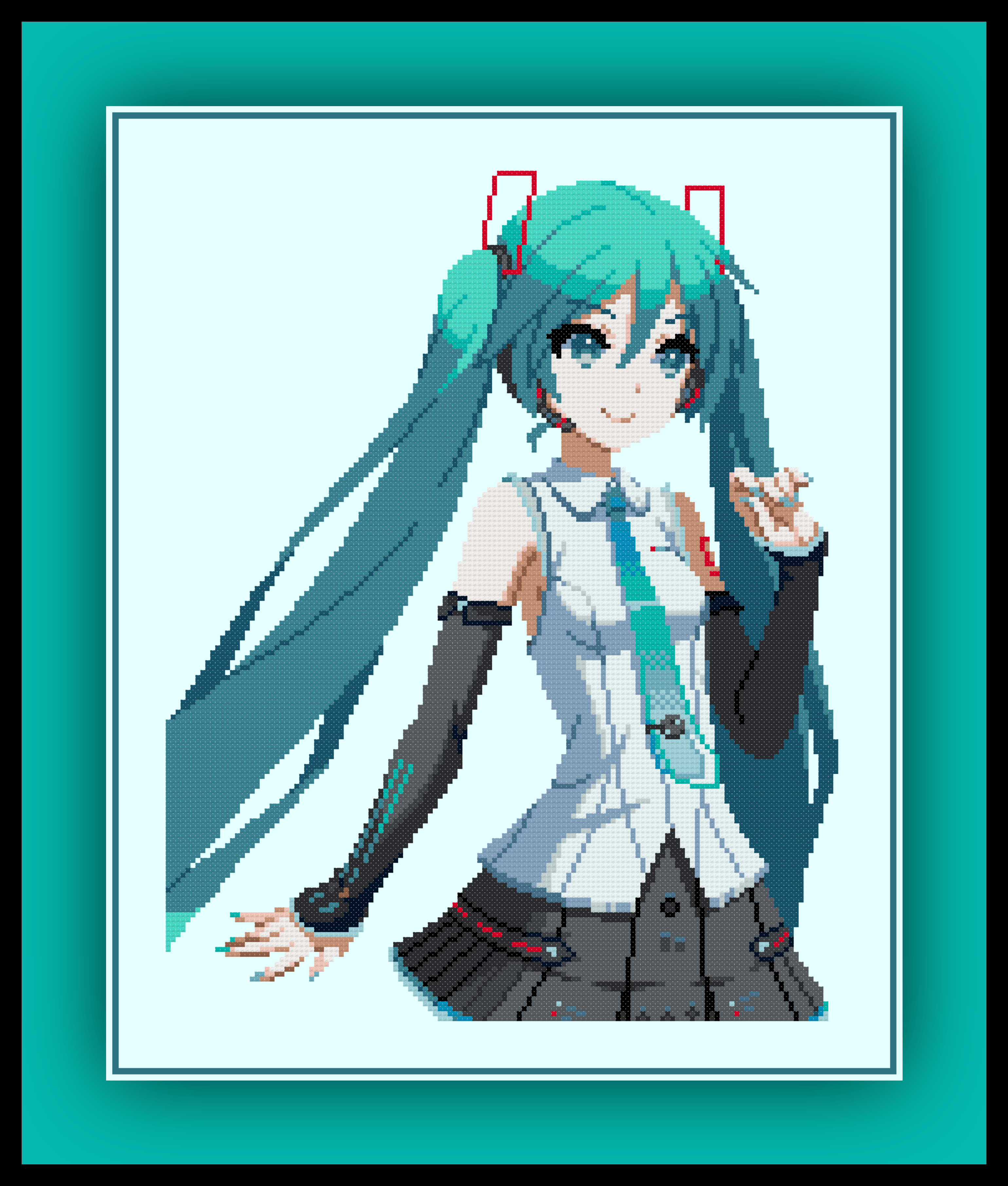 Cross stitch pattern of Hatsune Miku. Thanks to AyanamiRei0 for the sprite. Download the PDF here: Miku Large Pattern

My Patron, Amber McNeal, is the world’s only remaining Tylosaurus given sentience and invulnerability by a radioactive underwater magma vent. They are solely responsible for half the world’s talking magical fish fables and a good amount of mermaid stories. Lately you can find them pretending to be a talking dolphin before biting people’s heads off.

My favorite Vocaloid song is Lost One’s Weeping. There’s a popular English cover by Jubyphonic, but the lyrics are heavily altered beyond just sounding better in English. They are both good songs, but the Jubyphonic song focuses more on the confusion and hopelessness of growing up whereas the original is more accusatory, blaming the school system for causing pain.

There’s a question raised multiple times in the song of who is to blame for hurting all these kids. The English version leaves it a little vague, but the Japanese clearly says, “You know who it was”, implying the school. There’s a bit where “kubi no wa”, neck ring like a dog collar, is translated as a noose/rope in English, which also makes sense, but I think the collar is a more direct condemnation of the school’s control. Also, some more aggressive sounding lyrics are replaced with more confused sounding lines, like “What are you gonna do?” being changed to “Hey, just tell me how!”

Honesty, I like both. The English version has this beautifully worded ending. “Just open up your eyes, why don’t you grow up and see? But what the hell is ‘growing up’ and tell me when will I be?”, a line that still gives me shivers. The Japanese says, “When are you going to grow up? What is a grown-up anyway?” The desperate words of a kid who knows that the adults around them don’t know what it means either. 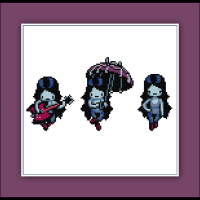 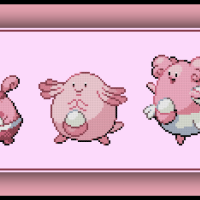